CRTC's ban on carrier unlocking fees is not what you think it is - Explained by CanadaUnlocking.com
CRTC Unlocking fees ban 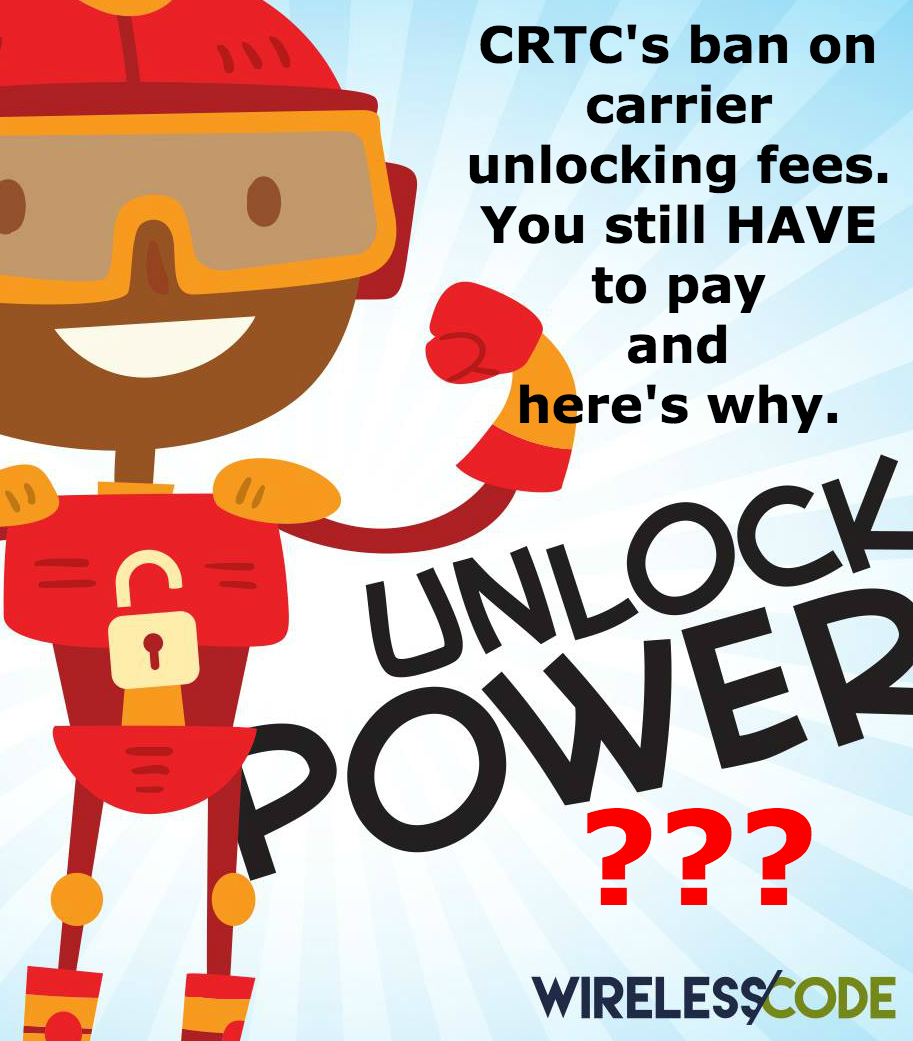 Although consumers  are rejoicing CRTC’s decision to ban cell phone unlocking fees in Canada (as of December 1st, 2017),  3rd party Cell Phone Unlockers in the Canadian market are far from worried. Here is why:

Ever since the news broke on June 15th of this year, Alex Desjardin, Canada’s Cell Phone Unlocking Specialist from CanadaUnlocking.com has been receiving emails and messages on their Facebook page daily, from customers re-iterating the CRTC’s decision to ban the locking of mobile phones in Canada.

“Customer’s are really excited to tell me that unlocking will be free, and on many occasions they even go as far as to gloat.  It reached the point where I often don’t even bother bursting their bubble. It’s good news for me as I will at least still have a job, however it is a little disappointing for them.”

Desjardins goes on to explain, that his suppliers of unlock codes (who work for some of the big Canadian telecom companies) have been saying that they will only unlock a customer’s cell phone if they have an active account with them. 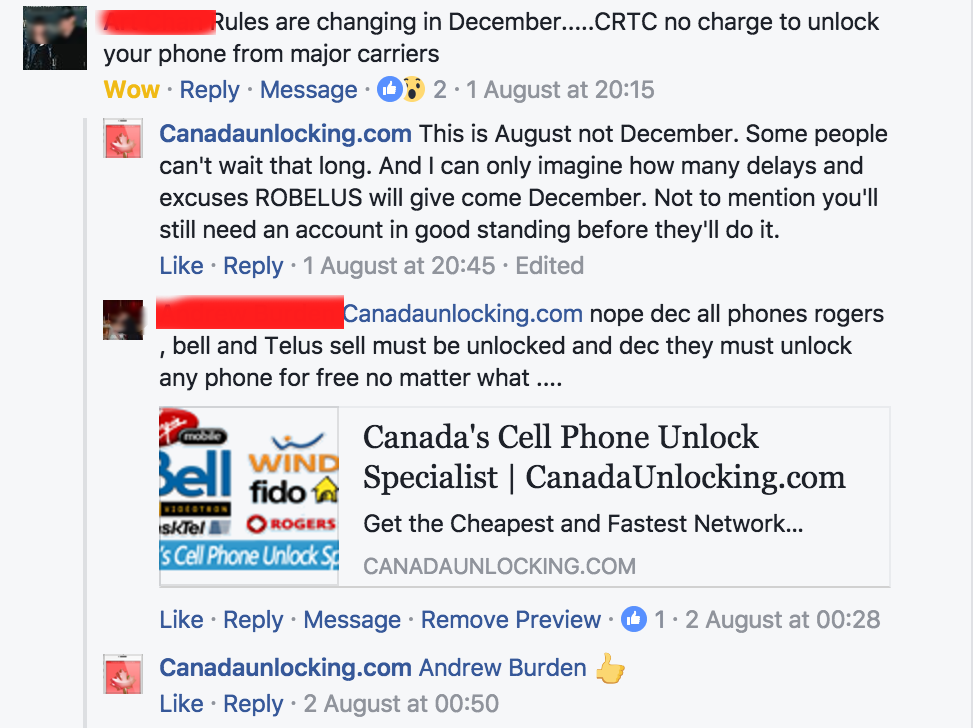 Secondly, they will never unlock a phone that is on the national blacklist.

He further explained that a region lock to Canada will still be applied on the phone, so if a customer wants to leave the country with his or her phone, the will not be able  to use a foreign SIM card on that “so called” unlocked phone.

What that means for the average Canadian is,  if you’re planning to head down south for a week and want to get a prepaid plan on a US Carrier such as AT&T or Cricket Wireless as a way to  bypass those ridiculous roaming fees, well your phone won’t be unlocked for that.

Desjardins adds, “We will lose some customers, however most of our customers start searching for independent or 3rd party unlocking companies when they no longer have a valid account with the company their phone is locked to.

As a result, we will continue to be a great option for those same people post-December 1st.   Additionally, many of our customers are in the business of exporting new phones to Europe and Asia.  Since these so called “unlocked phones” that will be sold as of December  will not be  unlocked for international use, they will still need us to unlock their phones before shipping them overseas.”

Another cluster of our customers is individuals who fail to use a free imei checker service before buying a used phone on eBay or Kijiji to only later discover that the phone was blacklisted (reported lost or stolen).  The carriers will definitely never unlock these phones but in many cases we are able to.  Unlocked Blacklisted phones will still be blacklisted; however, they are only Blacklisted for use in North America.  Hence, one can continue to use unlocked blacklisted phones in other continents or sell them overseas.

Desjardins adds: “To be honest, when I first heard the news about CRTC’s decision back in June, the future looked bleak and I immediately thought that I would be out of a job. Our team immediately started putting together a fall back plan and came up with canadaphonecases.com and canadaunlockedphones.com."

"Those sites are about to launch and many of our loyal customers who have appreciated our customer service over the years have already begun purchasing phones and accessories from us, but now it appears that there is far more light at the end of the tunnel than I could have imagined.”