Information on how to free your Cricket mobile device. 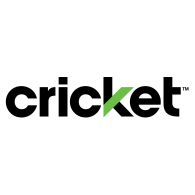 Free up your Cricket Phone to use on other GSM Carriers.

100% Guaranteed & Lowest Price. We provide you with a Cricket Unlock Code Fast and Easy.

To Unlock your Cricket Phone You will need the following:

Your phone's IMEI number: It is your phone's  identity, like a serial number or a fingerprint even. Most phones have a 15-digit number written in fine print on the back of the device. You can also find it by dialing *#06# into your phone's dialer app, or go to the settings and then the  About Phone section.

A SIM card from a different carrier other than Cricket: A SIM card is how your device connects with your wireless provider. If you change out one SIM card for another that uses the same network then usually you will not get the automatic unlock code prompt. Normally you can switch to these other carriers without the need to unlock your phone.

What is a SIM Unlock?

Cellular phones are expensive technology. To help make them more affordable to new customers carriers like Cricket, AT&T and T-Mobile would commonly offset the cost by locking a phone to their network. Instead of paying $600 for a new phone, new customers could pay $0 down in exchange for agreeing to a 3-year contract which had the price of the phone built into the monthly payments. The phone was then 'locked' to the network so even if you ended the contract, the phone would not work with competing services; forcing you to buy a new phone.

Why Should I Unlock My Cell Phone?

There is usually no rush to unlock your smartphone. If you are happy with your current wireless provider (Cricket) you can choose to leave your device locked. However If you do choose to move to another carrier later you'll still have the right to unlock your phone later on. However if you plan on going on a last minute vacation or trip out of the country where Cricket is Roaming then you are usually better off unlocking your phone so that you can purchase a local sim card and save on roaming fees. Don't get stuck with your phone asking for an unlock code when you are overseas, you may find it difficult to call back home and wait on hold incurring long distance charges.  Your best bet is usually to get it over with an unlock your Cricket phone now.

In many cases it is possible to obtain an unlock code or an unlocking service for you Cricket device free of charge by contacting Cricket customer support directly  using the Toll Free Number 1-800-CRICKET (274-2538)
However if you are on  a corporate plan or your account is not in good standing they may refuse to unlock it.  For corporate accounts Cricket is still charging an unlocking fee as of 2022. It is possible to Unlock Cricket iphone free using this method.

Removing the cricket cell phone sim lock is an easy procedure! The Cricket mobility network unlock code is usually 8 digits for Samsung phones, Motorola phones and Blackberry Phones. The Cricket unlock code is usually 16 digits for Huawei phones, LG Phones and HTC phones. A  Cricket unlock code generator is used to generate this unlock code needed to unlock your device.   Cricket iPhones do not take network codes at all. They are unlocked over the air using the Cricket Unlock TOOL and the unlock is pushed through  iCloud or iTunes server directly to your device remotely once the request an unlock has been accepted by the phone carrier.

These models come locked when you purchased them directly from Cricket. However if you pay off the balance then you can get them unlocked for free using Cricket's website. However if you still owe money on your Cricket Phone then it is possible to still get it unlocked using our services by making a request to unlock the device.

To Unlock a Cricket iPhone an official request has to be made to Apple through the carrier ( ie: Cricket).  Once it is approved the unlock is pushed over the air to your handset.  Usually the end user is required to insert a sim card from a different carrier and then connect their iPhone to iTunes, click back up device (to prevent data loss) and then click Restore Device.  Once these steps are followed a message in iTunes will display " Congratulations Your Phone has been Unlocked ". If you don't have a SIM card for your iPhone, you can connect your phone to iTunes, erase and restore it for your phone to unlock.


Unlock your Cricket Phone via the myCricket APP

All NEW Cricket Android Devices that have the Device Unlock option under the myCricket APP, The phone Must be activated at least 180 Day on Cricket Network in order to get unlocked

How to Check if your Cricket phone has the myCricket APP Device Unlock option:


How do I unlock my phone using the myCricket app? 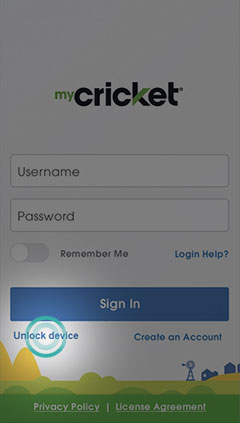 A reason to unlock your Cricket phone is to benefit from the latest wireless deals that require you to bring your own phone. For example: When comparing postpaid or prepaid plans of tmobile vs cricket if we find we can get more value for our money then it is high time to switch carriers. With so many cheap cell phone plans being released during the holidays  ( In February Deals seem to be the best time according to consumer reports). Not to mention the iPhone deals that come out every September. It is definitely a good practice to compare offers and search for which network provider is better for you as the consumer. If your phone is locked to crickets network that means you will not able to take advantage of a competing offer without getting the device unlocked first. The unlocking process is straight forward and you can have an unlocked cricket phone in no time.

Typically Samsung Phones from cricket only take 1 or 2 business days to unlock. To unlock Your iPhone still in contract it may take longer. To take advantage of these deals it usually requires us to get  phones on installment plans however this means that we can't get the phone unlocked for free from Cricket until it's paid off completely (that usually takes years).  If we want to take advantage of the cell phone deals in the market but still be able to use our phone on any network carrier we want then getting an unlocked phone is an option. A better choice is to Unlock the Phone you already have! Using an Unlock Software is not the best choice since it will void the warranty, however the unlocks done at Canada Unlocking are official Unlock that is completely legal and does not void your warranty!

Once your Cricket Phone is unlocked you can easily switch carriers using one of these services:

Cricket Wireless is an American multinational smartphone company and another subsidiary of AT&T. It provides wireless services to 10 million subscribers in the United States.

Prior to its acquisition by AT&T, Cricket's CDMA network used its home network and roaming agreements with Sprint, among other CDMA carriers. However, Cricket's CDMA network was shut down and the spectrum was reframed for use on AT&T's HSPA+ and LTE networks. Following the acquisition by AT&T, Cricket Wireless released devices that use AT&T's 3G, 4G, and 4G LTE networks.

How Do I unlock a Cricket phone?

If you meet the unlock eligibility requirements than simply call Cricket at  1-800-CRICKET (274-2538) . If you do not meet the requirements then proceed to CanadaUnlocking.com website to order the unlock code by selecting the Cricket network carrier in the order form. Once you receive your sim network unlock pin simply restart your phone with a sim card from a different carrier inside and enter the provided code on your device when prompted.

- Whether you are trying to unlock your Cricket device or a turbo hub mifi on the Cricket Network we are here to help. Follow the instructions carefully to unlock your Cricket device. Note the master lock required an 8 digit unlock code or network pin or network code to complete the unlock. When the code is accepted you will be able to use the phone on other networks. Simply press and hold the power button to restart your device.

- For the Sony Xperia and Nokia Lumia make sure your phone is not hardlocked or permanently locked (no cricketempts to enter the code is remaining).

- For a Samsung Unlock the phone may also require a master code (which we can provide). In this case 2 codes provided will be the Defreeze and Network codes. if the phone is already unlocked the network lock digits are all zeros.

- For iPhone's we will send you a confirmation message thea the phone is now unlocked. You will need to complete the unlock by connecting your iPhone to iTunes. In iTunes the message will be displayed " Your Phone is now Unlocked " meaning the cricketempt to unlock was successful . If you device is blacklisted you wont be able to use it in Canada or the USA even after unlocking.

Our Cricket unlock service is the best and most straight forward solution available on the internet. All you need to do is select the carrier that your Phone is locked to presently (from the drop down menu), and then enter your IMEI Number.