How to Unlock Any Google Pixel Phone by IMEI |CanadaUnlocking.com

Select the Network that your Phone is Locked to now:

How To Unlock a Google Phone by code:

How to unblock a Google Pixel smartPhone that doesn't ask for an unlock code? 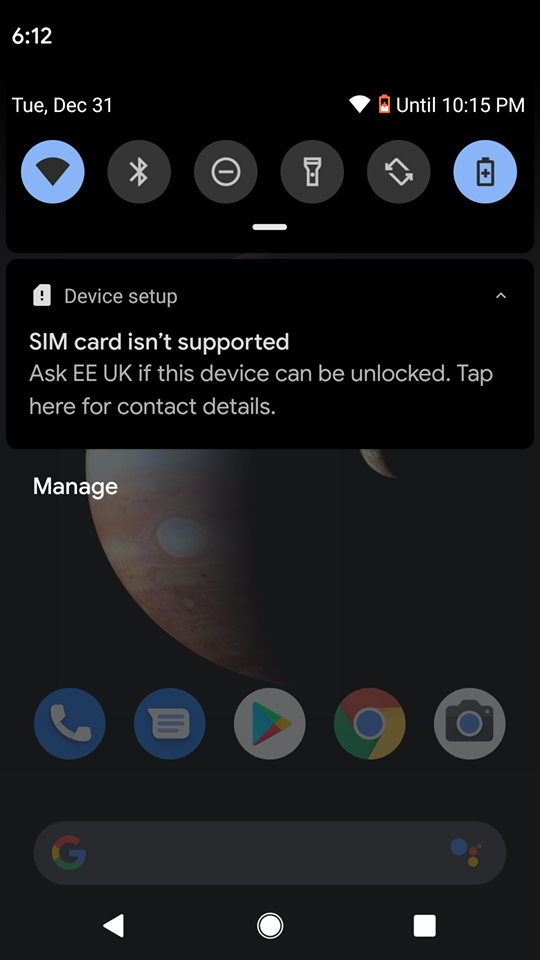 Unlock codes will not work for CDMA Phones and phones with the Device Unlock APP installed and all latest phone models from T-Mobile USA or MetroPCS / Metro by T-Mobile. Please order the T-Mobile / Metro PCS service instead.

About the Google Pixel

Google Pixel is a brand of consumer electronic devices developed by Google that run either Chrome OS or the Android operating system. The Pixel brand was introduced in February 2013 with the first-generation Chromebook Pixel. The Pixel line includes laptops, tablets, and smartphones, as well as several accessories

A network lock, SIM lock, simlock, carrier lock or (master) subsidy lock are terms used to represent the technical restriction that is built into some Google Pixel android phone during the manufacturing process. This restriction allows Google to restrict usage of these phones to specific countries and/or networks. Although some phones can be unlocked OTA (over-the-air) however most phones require a sim network unlock pin for Pixel . The opposite of this is a phone called SIM-free, Network unlocked or Factory Unlocked. A Network Unlocked Googlephone does not  impose any type of SIM restrictions, meaning that you can use your Google Pixel phone on any compatible network in the world.

What do i need to know BEFORE Network Unlocking a Google Phone:

* Only if the above is resolved, can you can safety proceed to order the phone lock removal service for Google Pixel.


If you bought the Pixel second-hand or got it from a friend then you may not  be sure If  your Google Pixel is locked or not,  the  simple way to find out is to pop in a SIMcard from a different Network. If it's locked, then the Google Pixel won't work on that network.  If it works then you can be sure that the Pixel Phone is unlocked and not blacklisted.

However if it does not work with a SIMcard from a different carrier, this can also mean that it is blacklisted.  You are better off spending a dollar or two and purchasing a IMEI Check service , just to be sure.

If you discover that it definitely is locked, and not blacklisted then we can help you network unlock it.


Is it Legal to unbar a Google Pixel phone?

Unlocking your Google device is not only completely legal in most Countries but it is also your right as a consumer. If you are still financing the phone through your carrier then technically they still own the phone until you pay it off completely. In that case your carrier may not want you to unlock it for they fear you will run away to another carrier without actually paying the remaining balance owed on your Google phone!

Since laws differ from Country to Country and there are new changes often we cannot provide legal advice regarding Phone unlocking. In the USA, Cell Phone Unlocking became legal on August 1st, 2014 when Obama signed a bill into law allowing consumers to unlock their cell phones.

To find the latest information about your countries consumer protection laws relating to cell phone locking please visit these pages: CRTC in Canada , the ACCC in Australia, the European Electronic Communications Code (EECC) in Europe and the FCC is the USA.

Unlock Your Google phone so that you can use it with other SIM cards from carriers around the World!

We are the #1 Phone Unlocking company in the USA, Canada, Spain, Mexico, UK, and Australia.

Some Pixel Devices we Unlocked successfully:


+ all other Google Phone, LG, Nexus and HTC variants!

100% Satisfaction Guaranteed. If for any reason we are unable to find your Pixel unlock code, a refund is issued. View the 3 steps to get your code.

At the top of the page you will notice an order form. It is actually a drop down menu. Once you click it, you will see a list of services. You can remove the lock on you Google device by using the Google Unlock tool or Google Pixel unlock code generator found at the top of the page by selecting either the correct country and network that it is locked to or by selecting the correct make and model.

3. How much does it cost to unlock Google Pixel?

4. Where can I find my Google Pixel unlock code?

5. How do I get my Google Pixel IMEI number?

6. How long does the Google Pixel unlock process take?